Multiple venous variations at the abdominopelvic region: a case report 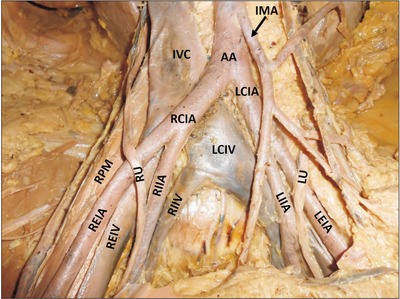 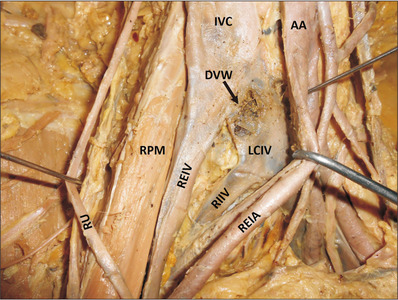 Clinically, the knowledge of iliac vein variations is important in phlebography and retroperitoneal surgery as retroperitoneal pelvic surgeries are on a rise lately [4, 5]. Iliac veins and their tributaries must be paid attention during superior hypogastric neurectomy and hysterectomy. Orthopaedic procedures involving screw placement and obstetric surgeries can also endanger the anomalous course of the right internal iliac vein observed in the current case [6-8]. The anomalous veins in the pelvis could get injured also in aortic and iliac artery reconstruction procedures. Preoperative magnetic resonance imaging examination could minimise the iatrogenic injuries to some extent.